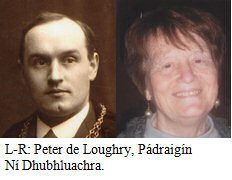 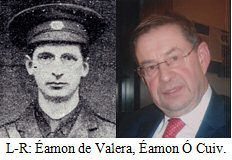 Track 1: Éamon Ó Cuiv explains that his grandfather, Éamon de Valera, never encouraged him to enter politics, and similarly, that he personally never traded on his famous political name. Track 2: The 1942 executions while Fianna Fáil was in power are discussed. Éamon de Valera’s famous speech of May 1945 in response to that of Winston Churchill at the close of WWII, which he himself composed, is recalled. Éamon Ó Cuiv gives his interpretation of the various elements of this speech. Track 3: The seventeen years during which Éamon de Valera served as Taoiseach are described, and his grandson gives his views on this period. Track 4: A summary of the achievements of his grandfather, and the reasons why he is very proud of those achievements, are explained by Éamon Ó Cuiv. He maintains that the deep wounds inflicted by the Civil War no longer remain today.