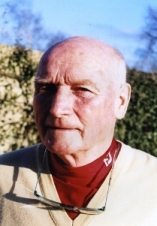 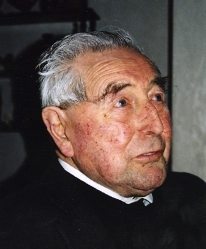 Track 1: Gladys Collins and Ann Keegan worked at Saggart Paper Mills where they met initially. Gladys’s grandfather was a Frenchman who served in the British Army and her grandmother came from Naas. The couple met at the Curragh at a dance. Her grandmother was widowed when her husband died during the Great War and she later remarried a man by the name of Farrell. Her father, Harry Vivash, worked as a machine man in the mills and he also had a reputation for curing the condition known as thrush which afflicted babies. Ann Keegan talks about her family, the Murphys and her mother’s family, the Berminghams, many of whom worked over the decades at the paper mills. Her father was a builder who did much of the maintenance on the mills in Clondalkin. Ann’s mother worked as a sorter at the mills, along with her two sisters and two brothers. Ann recalls the funeral practices and the social activities in Rathcool and Saggart. Gladys explains that she sat the Primary Certificate examination in school and then went looking for work. Her first job was at the Colleen Bawn in the city centre where she worked for a year. One of her sisters left her job at the Swiftbrook mills and Gladys applied for the vacancy and began work there when she was 15 years of age. She left that employment on her marriage, just before she was 23. Track 2: Ann Keegan began work in 1953. While Gladys started in the lower mills in the packing department, Ann began in the ragloft as a ‘rag lady’, a job which involved cutting up offcuts of fabric into smaller pieces. Her aunts and her mother also worked in the ragloft. A patchwork quilt made by her grandmother from white offcuts is still in Ann’s keeping. Gladys’ mother had also begun work in the ragloft and she ended up as a ‘counter’ and Gladys explains that she was also trained as a ‘counter’ and that was how she met Ann. Ann describes the work involved in counting reams of paper in preparation for the packers. The technique of watermarking is also discussed. Various papers mentioned are vellum type, paper for the Irish Sweeps, Swiftbrook Bond and Fine, Glencamac Wove, and the paper for President Seán T. Ó Ceallaigh which bore a special watermark. After counting, Ann explains that the paper went first to the guillotines, then to the packers, next to the stampers and finally to dispatch to the customer. Gladys explains that each ream would be initialled, so that if a mistake was made, a counter would be called to account. Their forewoman was May Murphy and Paddy Connor supervised the finishing house. There were nine counters and about 30 sorters. Gladys and Ann happily reminisce about the great atmosphere at work and the time when the camogie team was beaten! They remark that accuracy at counting was very important and that they would be moved to another job if mistakes were made. Gladys met her husband, Michael Collins from Clare, at work. Ann’s husband was from Newcastle nearby but he did not work at the mills. Ann recalls that she also worked in the laboratory, testing the strength and weight of the paper. If the standard was not reached, this had to be reported. One of the tests involved chewing a piece of paper to soften the fibres. The fibres were removed and a litmus test carried out which showed how much wood pulp was present. A sheet of paper was taken from each ream to be tested. Track 3: Ann mentions some her colleagues in the laboratory and both ladies discuss the closeness of the community in the parish, including the towns of Newcastle, Clondalkin, Rathcoole and Brittas. Ann recalls her education at the convent in Clondalkin and Gladys explains that her sister Ann entered the Little Sisters of the Poor in Clondalkin. The infrequency of the bus service to the city centre is remarked upon. Ann recalls Mickey Kennedy who brought in the only fish to the village, with apples and oranges, on his horse and cart. Neither Gladys’s nor Ann’s children worked in the mills, but as Gladys remarks, she was very happy with her life there. Ann remembers that for a 40-hour week’s work, after insurance, she received £1 9s 7d, which was given to her parents and she got 10s back for herself. The ladies discuss becoming smokers, though they did not drink alcohol until later in life, and Gladys remembers that she took her first drink when she was in her 30s. Ann talks about her grandmother who made the patchwork quilt from the rag pieces, already mentioned, and she explains that it was backed with flour bags. Gladys remembers the rosary being said in the lower mills by Jack, Jean Byrne’s father.