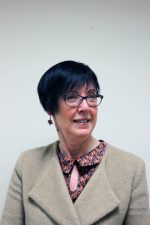 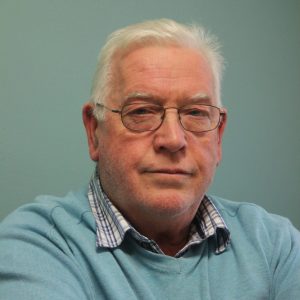 Iris Boles grew up in a farming background on the outskirts of Maguire’s Bridge and in 1971 she began her employment in the Civil Service, working in administration with the police force in Belfast. She remained there for two years and was then transferred to Lisnaskea, where she worked with Traffic Branch. During this time, she also took on the duties of a reserve member of the security forces. She recalls some of the incidences she experienced and explains that some of her close friends were murdered during those years. In 1978, she married police officer Derek Breen and the couple settled in Omagh where Derek worked for the CID. Due to death threats issued to him by the UVF, they were moved overnight to Lisnaskea in 1984. Due to his diligence in detection, he was again the subject of death threats by the IRA, and she describes in detail their concern for their newborn baby and for the family in general. On 11 February 1986, Derek Breen was murdered by the IRA in a public house at Maguire’s Bridge. John McCabe of Ballyconnell, who was working behind the bar, was also shot dead. Iris recalls in detail the direct aftermath of the atrocity. She continued to work in the police force until her retirement in 2015, having served for 45 years.