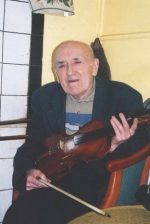 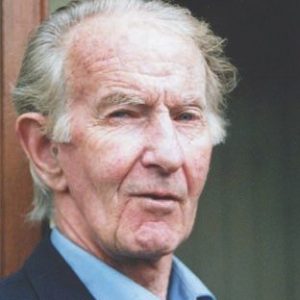 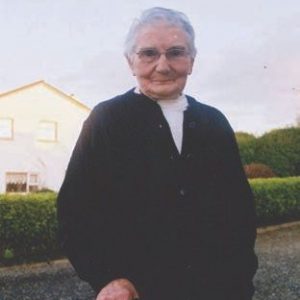 John ‘The Tae’ Gallagher is known far and wide for his fine fiddle playing and in this recording he discusses the tradition of fiddle playing in his family — his father and grandfather were also fine players. In 1957, John and Annie Gill married and she discusses her own family background. John explains that he bought a fiddle in Belfast in 1948, which is a wonderful instrument and very well loved. He discusses the old tunes, the styles of playing and the other musicians with whom he played. John worked as a weaver for thirty-two years until 1975. He also spent many years playing in the local céile band which included a piper, a tin whistle player, a flute player and a drummer, and all these musicians are named in this recording. He recalls the venues in which he played — the dancehalls and country homes. John’s legacy is most valuable in that he has taught his style of playing and many rare old times to young musicians over the years.