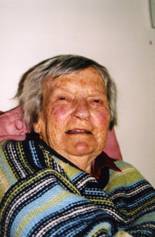 Máire McSwiney was a very shy three-year old, barefoot and dressed in green, holding a bouquet of flowers in her trembling hands, as she was pushed by her mother onto the stage of the old Cork Opera House to present the bouquet to Tilly Fleischmann. Mrs Fleischmann had just given a piano recital, and her pupil Muriel McSwiney had enlisted her little daughter Máire to perform the floral presentation. Muriel’s sisters-in-law, the McSwineys, had befriended the Fleischmann family during World War I when British propaganda made life very difficult for German nationals in Ireland. Following the death from hunger strike of Máire’s father, Lord Mayor Terence McSwiney in 1920, she and her mother moved to Dublin, and later, when Máire was six, they moved to Germany. Her aunt and guardian, Máire McSwiney, who lived in Cork, would request her friends who were travelling to Germany, to check on her young niece and on one occasion, when the child was boarding at a school in Bavaria, Mrs Tilly Fleischmann, and young graduate Aloys, her son, brought her for a day to Munich. When she was just fourteen, following a traumatic trip back to Dublin, and a High Court bid for custody by her mother, Máire came home to Cork to live with her aunts Máire and Annie. She qualified as a teacher and taught in Dublin where she met and married Ruairí Brugha. In 2005 her fascinating memoir “History’s Daughter” was published.