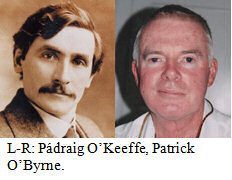 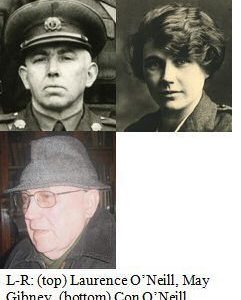 Track 1: Pádraig (Páidín) O’Keeffe explains that he worked as a Post Office clerk in the British Civil Service in London in his youth, having grown up in Nohovaldaly in North Cork. In 1889, he began to read the United Irishman, while still at school. He says that the publication of the United Irishman was the catalyst for the Irish republican movement, prior to the formation of the Gaelic League. Richard Mulcahy explains that, but for his meeting with Seán MacDiarmada on the way into Dublin on one of the days prior to the Rising, he would not have known of any plans. Páidín O’Keeffe explains that he had a similar experience, having met Arthur Griffith. Richard Mulcahy, who was First Lieutenant in C Company, describes the preparations for the Rising at No. 2 Dawson Street, a week prior to Easter Monday 1916. Mulcahy also recounts the instructions from P. H. Pearse, and Con Colbert’s reservations about starting a Rising on Easter Sunday – a Holy day. Track 2: Pádín O’Keeffe describes his acquaintance with Diarmuid Lynch. Richard Mulcahy explains his orders to destroy the telegraphic communications around Dublin, and to London, prior to the Rising. He describes his chance meeting with Tomás Ashe on Monday afternoon, and subsequently remaining with Ashe and his men. O’Keeffe and Mulcahy discuss their dislike of Éamon de Valera, and the conduct of the Irish Delegation to the Treaty negotiations in London in 1921.