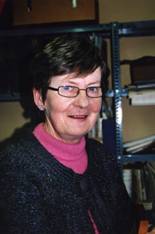 The late Seán Teegan was reared by his maternal grandparents, the Mooneys of Lower Glanmire Road, following the untimely death of his father when Seán was still a boy. He was schooled at the North Monastery, and won a scholarship to UCC to study science. He later was awarded a doctorate from Cambridge, and taught in Leeds University for some time afterwards. In 1951 he was appointed to UCC, where he lectured in chemistry. In the 1950s in Cork an extraordinary variety of musical events were available to the public, and Sean has clear recollection of meeting Aloys Fleischmann at the Cork Gramophone Circle, and establishing a very fond friendship which was to last till Aloys’s death. He discusses his career at UCC and the growth in the various departments during his time there. He is now enjoying his well earned relaxation, having retired from UCC in 1984.