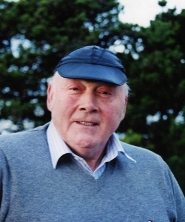 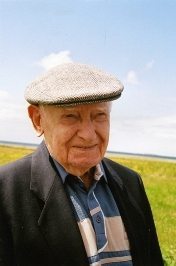 Track 1. Nora O’Connor (née Fitzgerald), wife of Seán O’Connor, explains her background and moving into the Cloghane area in the 1960s. The O’Connor background is also described. The journey is undertaken from the O’Connor house in the foothills of Mount Brandon to the grotto on the old Pilgrim Path to Mount Brandon. Along the way the Moriarty house is pointed out, and a brief account is given of what happened there on a winter’s night 90 years ago when a four-year old member of the Moriarty family strayed from the house and remained missing throughout the night on the mountain. Track 2. Following the old pilgrim route up Mount Brandon, Seán points out the spot where the little girl was found alive, and he describes what she told of the woman who she said wrapped her shawl around her to keep her warm during the night. He explains that the grotto which stands there today was erected in1950 by John O’Connor, a tailor from Tralee, helped by local people. He also recalls that in later years the son of this young girl was diagnosed with leukaemia, and he came to the grotto and was cured. Track 3. Returning to the house, Seán talks about his life in the community, farming, and the young people leaving the parish. Departmental inspectors, rent collectors and the Land Commission are all discussed and the walking of cattle over the mountain to Dingle fair is recalled.