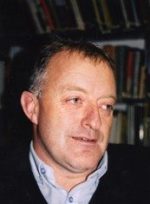 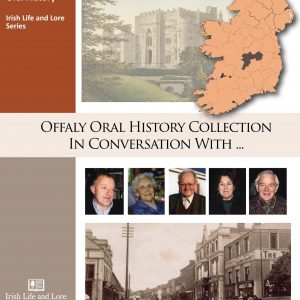 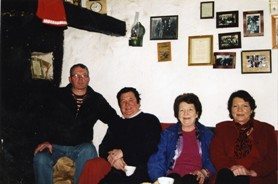 Track 1: The traditional work of his family as lock keepers on the Grand Canal and his home – the Lock House. A description of the architecture of this eighteenth century building. His uncles who worked on the Canal and were responsible for the horses that pulled the barges. Track 2: Some early memories of his grand-uncle, Walter Mitchell, who worked on the canal as agent for the Grand Canal Company, and who kept a logbook of canal traffic. Track 3: The maintenance and the management of the Lock House. Track 4: The continuous upkeep and repair required to the lock gates at 30-31 Lock House. The long hours worked by his mother, many times daily manipulating the lock gates manually. Track 5: The regular maintenance on the waterways by the Office of Public Works. Track 6: A detailed account of the logistics of sealing the lock gates, which prevented water leakage. Track 7: Anecdotes of some of the extraordinary events that occurred on the Grand Canal. Track 8: The duties of his grand-uncle, Walter Mitchell, as agent for the Grand Canal Company. Track 9: The wages paid by the Grand Canal Company to his family members. Track 10: The changing nature of traffic on the canal, from the heavily loaded barges pulled by horses to the pleasure boat cruising of the present time.