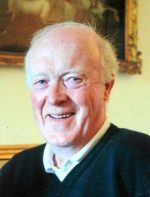 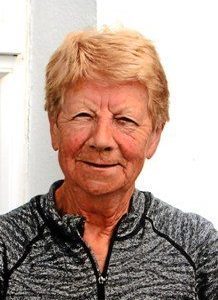 Billy Chawke comes from a long line of publicans who ran two businesses in the village of Adare at one time. In 1904, his grandmother, a member of the Fitzgerald family who originally owned the Chawke public house business, married John Chawke from Ballyhahill in West Limerick. Billy explains that at one time his father’s sister, Lena, ran the second public house in the village, which she named Lena’s, in competition with his father. Billy became involved in the family business at an early age, and he says that his first job was to watch out for the Garda Síochána late at night. He describes the business premises in former days, when it sold general merchandise in the front section, and explains that he has the old business ledgers from the earliest days of the business and has studied them in detail. He speaks anecdotally about the dues payable to the church which, if unpaid, would result in the family name being called out in the church by the parish priest during Sunday mass. Billy began work at 18 years of age at the meat factory in Rathkeale, and he worked there for the following 28 years. In the evenings after his day’s work in the factory, he would work in the pub. Over the years he learned a lot about the local area through listening to stories told by his customers. He is often asked for assistance by visiting exiles from the area in tracing their ancestors. He reads a letter written in 1904 and kept by his grandmother. It is addressed to his grand aunt and written by a man named Michael O’Neill who was interned in a mental asylum in Dundrum and was pleading with her to arrange his release. Billy explains that at one time he discovered a chest full of letters, photographs and other items which had been kept by his grandmother. The River Maigue played an important role in the business and in the village in general because it attracted fishing parties to the area. It was always maintained by the Earls of Dunraven, and three gillies would patrol the river. Billy explains that when the Board of Works was dredging the river, the Dunravens would never allow any disturbance of the weirs or to the contours of the river. He recalls some of the fishing parties who would come to Adare, which would include the McMahon merchant family from Limerick. Billy recalls walking through the demesne on his way to school in his early days, and being fearful of meeting the uniformed gillies who would prevent him from taking this short cut which saved a lot of time on his daily trudge to school. He was a very skilful hurler in his day, and a Christian Brother named Brendan Dwan from Tipperary was of great assistance and encouragement to him, and also to the village, due to his involvement in many local activities. He arrived in Adare in 1953, and spent the remaining 65 years of his life there. Billy played on the team that won the County Championship for the first time, managed by Brother Dwan in 1964. The playing pitch was bought by Billy’s father, Bill Chawke, in the early 1960s. He had been a founder member of the club in 1929. The pitch and the dressing rooms were subsequently developed by Brother Brendan Dwan. A detailed account is given of the Irish Cup Coursing Meeting which took place at Clounanna, Adare, Co. Limerick from 1905 to 1999. It was run by Co. Limerick Coursing Committee. The club obtained a 99-year lease from Windham Wyndham-Quin, the 4th Earl of Dunraven, on a specially located field which was suitable for coursing on the Dunraven Estate.