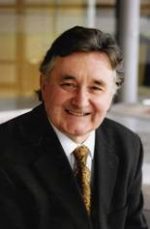 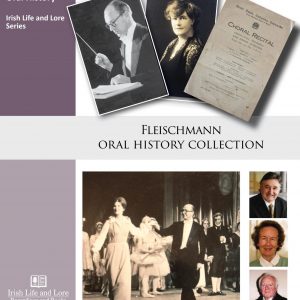 The Concert Hall in Dublin was the venue for this recording with Brian O’Rourke, General Manager of the RTÉ National Symphony Orchestra. He grew up in Dublin and his father was a member of one of the oldest dance bands in the city – The St. James’s Brass and Reed Band. Because of his intense interest in the band, Brian’s father collected a great resource of memorabilia relating to it and its music, and as a result Prof. Fleischmann would visit the O’Rourke home regularly to use the resource. Brian O’Rourke himself won a scholarship to the Royal Academy in London, where he studied the clarinet. In 1966 he returned to Ireland and was appointed principal clarinet in the Radio Éireann Symphony Orchestra, where he remained for about thirty years. Due to disability he had to resign his position with the orchestra and began work in the personnel division. Brian enjoyed a long and productive association with Prof. Fleischmann during his long career in music.