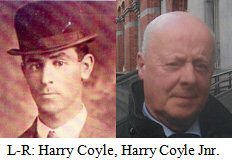 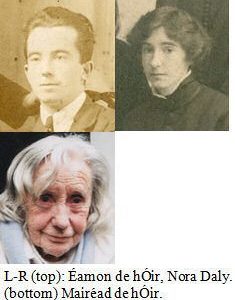 Track 1: This track details the Dalton family background and the fact that Charlie Dalton was born in Dublin and his older brother, Emmet, was born in the United States. Carol Mullan’s father’s bout of post-traumatic stress disorder in 1923 is also discussed, as is his book With the Dublin Brigade. Track 2: Charlie Dalton’s attempt at the age of 12, to join the IRA, is discussed. His position as one of Michael Collins’s Twelve Apostles, during the War of Independence, is recalled. The great support provided by Charlie’s wife, Tess Morgan, daughter of an RIC officer, during his illness in later years is also recalled. The split between the brothers, Charlie and Emmet Dalton is explained. Emmet’s plan to buy Ardmore Studios later in his life is also explored. Track 3: There follows a discussion on the shooting of Michael Collins at Béal na Bláth in August 1922. The fact that Carol Mullan’s father acted as pall-bearer at Collins’s funeral is recalled. His daughter mentions the great bond Charlie Dalton had with his fellow soldiers, and his role in the attempted jail-break of Seán McKeon from Mountjoy Jail is further mentioned. Track 4: Carol Mullan recalls her father’s character, maintaining that he was not the kind of person who would normally become involved in violence, but he had complete loyalty to Michael Collins, and was fired by love of his country and the cause of freedom. She also explains her own feelings of sadness and regret that no proper treatment for her father’s subsequent illness was available, and she pays tribute to her mother for her incredible courage and support of her husband. The new lease of life provided to Charlie Dalton by Joe McGrath at the Irish Hospital Sweepstakes, where Charlie had previously worked, is also recalled. The legacy of the Daltons is examined and discussed.