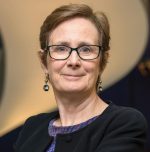 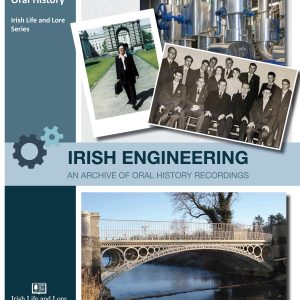 Dervilla Mitchell, UKIMEA Chair of Arup, discusses her career, the challenges she has faced and the journey the firm has taken, from its origins to present day.

Dervilla grew up on Mount Street Crescent in Dublin. Her father, Thomas Austin, was an architect and her maternal grandfather, Tony Woods of Donnybrook and Sandyford, was an engineer. She graduated with a degree in Civil Engineering from UCD in 1980 and completed a Diploma in Project Management at Trinity College Dublin a few years later.

Dervilla began her career at Arup Dublin as a structural engineer focusing primarily on office developments. In 1984 she moved to Massachusetts with Weidlinger Associates where she spent two years as a project structural engineer before returning to Arup’s London head office in 1986. It was here that she spent the next 10 years honing her project management skills and working on increasingly complex engineering challenges. In the recording, Dervilla discusses her involvement in the development of Portcullis House, Westminster, one of her most technically difficult projects.

The aviation sector has played a significant role in Dervilla’s career. From 2000 she led the Arup team at Terminal 5 Heathrow and was responsible for bringing her colleagues and clients through the design and construction stages of the new terminal. Her work on T5 led to BAA appointing her Head of Design Management for the project during her final two years at Heathrow.

From 2006 to 2013 as a Director within Arup she was responsible for major multidisciplinary projects and chaired the consortia during the design stage of the new Terminal 2 at Dublin Airport.

In 2013 she was appointed Project Director for the $2bn Abu Dhabi Midfield Terminal where at peak she managed a team of 300 staff across the US, UK and UAE. She served as a Board member of the British Aviation Group for three years before recently stepping down and she remains the Principal for a wide range of work carried out by Arup at Heathrow.

Dervilla was appointed to her current position as Chair of Arup’s UK, India, Middle East and Africa Region in April 2017.

On top of her professional commitments, Dervilla also gives regular guest lectures in British and Irish colleges and at events, encouraging students to consider a career in engineering. She is the current Chair of the Royal Academy of Engineering Diversity and Inclusion Committee, championing diversity both within and outside Arup. She discusses women in engineering more broadly, the need for female role models and her own experiences of being a woman in a male dominated field.

As a result of her work, Dervilla was awarded a CBE for Services to Engineering in 2014 and received an Honorary Doctorate from University College Dublin in 2016.