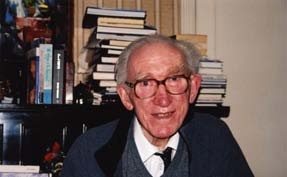 Eamonn Wall is indeed a man who has inspired learning in the field of science. He was born and grew up in Blackpool, Cork, and his father worked as a trade union official. His love of science began in the North Monastery, where his mentor was Mr Heffernan, who taught history and geography. Later, Eamonn attended the Crawford Institute, where he studied Industrial Science, with the help of a bursary. He began a career in Medical Laboratory Science in St Finbarr’s Hospital in Cork and later worked at the Children’s Hospital in Temple Street, Dublin, for two years and then moved to the Mater Hospital, where he worked for three years, subsequently receiving his fellowship from the Institute of the Medical Laboratory Scientists. In this recording, he speaks about the importance of laboratory testing in the 1960s, a challenging time in the science field, which was really breaking ground at this time in Ireland. All his education up to this time had been theoretical rather than practical. The following two years at University College Hospital, in London provided him with great experience, and while there he also got involved in part-time teaching in Paddington Polytech. He speaks in great detail about coming back to Ireland, and teaching at Kevin Street, Dublin, for nine years before arriving back in Cork to work at the new RTC in 1975. He describes the years that followed, up until the present day.