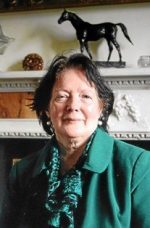 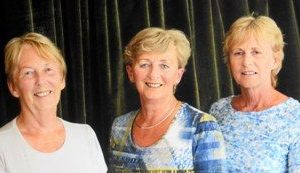 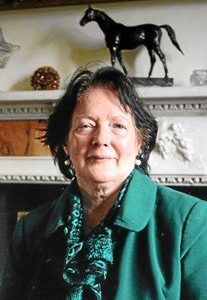 Ellen O’Brien describes her remit and her responsibilities at the Estate Office at Kilgobbin House, where she took care of staff wages and estate properties. She had previously worked as secretary to Thady Wyndham-Quin, 7th Earl of Dunraven, and she explains that at a later stage she looked after his mother, Nancy, Countess of Dunraven. She speaks about the adjoining lands at Kilcurly and the river bridge which connects them, and explains that her great-grandfather had lived at Kilcurly House while he was employed at Fort Union Stud. Topics discussed include the Land Commission, ground rents, the farms rented and the demise of the Estate. The opening of the doors of the Manor to the public in 1969 is recalled, as is curator Harry Barley and the guided tours Ellen and Rev. O’Grady provided on a casual basis. The first branch of the Irish Red Cross, set up in Adare by Nancy, Countess of Dunraven, is also mentioned.
The trip taken by the American-born Countess of Dunraven and her children, to the United States at the beginning of World War II, and her subsequent return to Adare by flying-boat with her son Thady during the war, are recalled. The dances held in the village hall to raise funds for Jubilee Assistance, and the great work undertaken by Lady Nancy and her daughters, Melissa and Caroline, in the gardens and the glasshouses at the Manor are other subjects discussed.
Ellen provides a brief history of the Dunraven family from the time of the Earls of Kildare up until the 20th century. She also summarises details of her long service and commitment to the Adare Estate and its Manor.