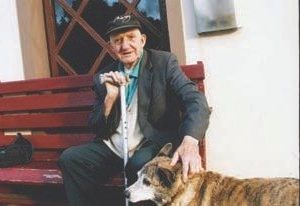 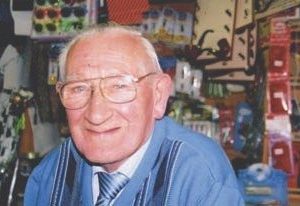 Frank McCarron was recorded at his home at Lifford Road, Raphoe, built in the 1960s on land which had once belonged to the bishops. He provides great detail on his family ancestry over many generations and explains that, when his education was completed, he joined the RAF (aeronautical engineering) in 1942. He was stationed in North Africa for the duration of the Second World War. When he was demobbed, he worked for Donegal County Council for three years as an inspector of water supplies. He discusses his innovations in many different areas and his huge interest in electronics and later in computers. During the 1950s, he became involved in the installation of projecting equipment in cinemas around Donegal. He also taught classical music at his home. He was awarded a medal from Pope Benedict for his long services to sacred music and Gregorian chant.