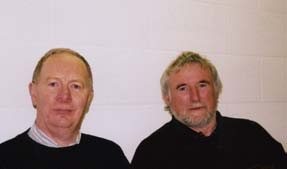 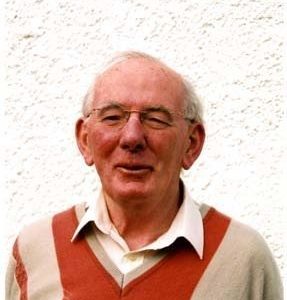 Geoff Steiner-Scott (b. 1948), principal of the Crawford College of Art and Design

This recording was compiled in Geoff Steiner-Scott’s art studio. Now retired, he spends many enjoyable hours creating art which he previously did not have time to do. He discusses his American background, and his study of Art History and Fine Art at Rutgers University. In 197 he came to Ireland, where he found that the visual arts had been receiving less attention than they merited. He joined the visual art committee at the Project Arts Centre in Dublin and began his teaching career in the National College of Art and Design, where he learnt much about the third level education system in Ireland. He recalls his arrival in Cork and taking up his position as Assistant Lecturer in Printmaking with the Crawford Municipal School of Art on January 1st 1977, one of a new group of teachers. This was really a new beginning in Cork for the visual arts and he speaks eloquently about the many challenges and changes which occurred in the early years. The school was initially situated in Emmet Place, and later moved to Sharman Crawford Street in 1979. He recalls that his students were “talented, excited and open to everything.” New artistic techniques were introduced and a new curriculum came on stream. The course had been structured around the Art Teachers Certificate, not an ideal structure as no tuition was required in order to sit the exams. The system did not really train people for careers as artists. By 1974, the National Council for Educational Awards had begun to put new qualifications in place in all areas of study. The National Diploma in Art and the old Art Teachers Certificate were running in tandem for some time, and these were to become the forerunners to the B.A. in Fine Art or Ceramic Design, and the Higher Diploma in Arts for Art and Design Teachers.