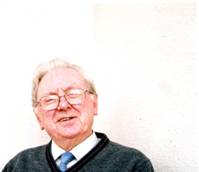 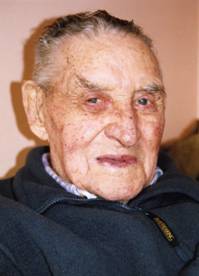 The Byrne family have farmed at Ballykelly for generations. George Byrne was an only child whose mother died in childbirth when he was two years old. His father passed away when George was 17, so the farm was run for several years by his parents’ executors. George was reared by his maternal grandmother near Monasterevin and his uncle, John Kavanagh, who commanded the Second Battalion Old IRA locally, would send his young nephew around the area carrying dispatches on his bicycle during the War of Independence. George has a clear memory of seeing the British Army barracks at Portarlington smoulder following an attack by the IRA during these turbulent days. George Byrne maintains his schooling was minimal, but “if you could read, write and count money, you were all right!,” he declares. He emigrated to England where he stayed for a short time and returned in his early 20s to work for Peter Byrne’s hardware business at Portarlington. He provides a vivid description of the truck he drove – a Model T with solid wheels. Later in the early 1930s when he had returned to his farm at Ballykelly he found it very difficult to make a living from the land due to the Economic War, and its effects. Around this time he and a group of friends formed the Midlands Cycling Club which provided enjoyable days of entertainment over many years.

George lists many of the local field names, and the reasons for each individual name, which was fascinating to record. This list proves the importance of the oral tradition, as it was through word of mouth that these field names were preserved.