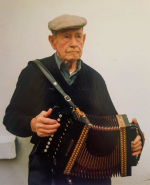 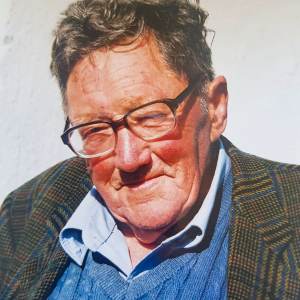 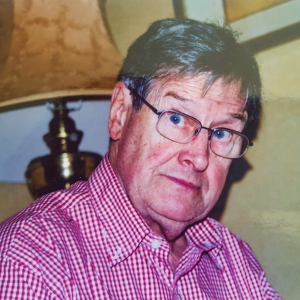 Jimmy ‘The Yank’ O’Shea (91) was born in Pennsylvania and his father worked on the building sites until 1920. His parents had emigrated there from Cahiratrant, a village in West Kerry in 1902, and when Jimmy was 4 his family returned. I recorded his memories of his early days growing up in the village. His recollections were of Killfarmogue, Reenellen and Cahiratrant. He recounted all the local field names and the meanings associated with them. He recalled the major historical events which took place in his lifetime. He sighted the first solo transatlantic flight by Charles Lindbergh – the plane flew low over his house. He also spoke about the ‘black flu’, which had a devastating effect on the population. The recording finished with an introduction to his wife Kathleen Boland, who grew up on the foothills of Comaleigue.