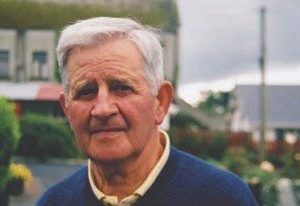 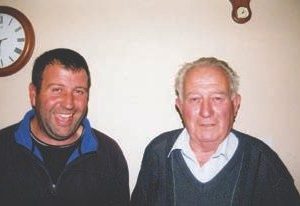 John A. McLaughlin is a noted local historian who has a great sense of place. This recording was compiled on a tour of his village as John pointed out specific thatched buildings and recalled their previous occupants who were related to him. He traces his grandfather’s connections to County Clare and he explains that he was based in Downpatrick as a police Head Constable, a career path followed by John’s father. John A. McLaughlin’s schooldays ended in 1946 and he began work with Donegal County Council. In 1961, he was appointed assistant rates collector, a position he held for forty years. John discusses the harvesting of turf locally, nicknames used to distinguish families, stories relating to the supernatural and local fieldnames which were often taken from the cottages which once stood there or events which occurred in earlier times.