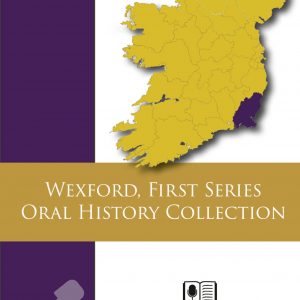 Judy Sinnott was recorded at her home in Murntown and she speaks initially about her schooldays and her first job serving behind the counter of a confectionery business run by her aunt and her mother. This was also an eating-house, which did quite good business during the war years. Directly after the war she went to England to continue her training as a confectioner. She returned to Wexford in 1950, and joined the Opera Study Circle which had been set up by Dr Tom Walsh. She speaks about her memories of the very first opera produced in Wexford, and about its great success. Judy also details at great length her family business Celtic Linen, where the emphasis was on the employment of women.