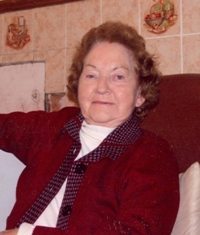 Michael Bulfin describes the early years of his father Éamonn’s life in Argentina and in Ireland. Éamonn’s father, William Bulfin, had emigrated to Argentina from Ireland in 1884. The Bulfin family returned to Ireland to farm in Derrinlough in Co. Offaly in 1902. Éamonn Bulfin was educated at St. Enda’s and later studied at UCD, returning to teach at St. Enda’s on his graduation.
Michael Bulfin describes in detail his father’s activities prior to the 1916 Rising. He was appointed 2nd Lieutenant by Patrick Pearse, and placed in charge of the St. Enda’s section, serving under Captain Michael Boland in the Rathfarnham Company, Irish Volunteers. A detailed account of the journey to the GPO on Easter Monday 1916 is provided. William Pearse gave two flags to Éamonn Bulfin: the Republican flag and the tricolour. He told his son that he raised the Republican flag on the roof of the GPO. Michael discusses the decision to raise two flags at that location. In later years, Éamonn Bulfin was very reluctant to speak of his experiences during Easter Week 1916 and its aftermath, and his son feels that he suffered post traumatic stress and that the events of the Civil War, in which he took no part, had a profound effect on him. A sentence of death was served on Éamonn Bulfin after the Rising, and the efforts made by his mother, Ann O’Rourke, in attempting to have the sentence commuted, are described.
On his release from Frongoch, Éamonn returned to farming at Derrinlough and became involved with the local IRA. Michael Collins requested that he act as protector to the candidates standing for election. His arrest at the time of the German Plot and his deportation to Argentina by the British in 1919 are recalled. Michael describes the kindness of the local people in Derrinlough who assisted Éamonn’s widowed mother in the running of the farm after her son was deported. She was regularly harassed by the Black and Tans during this period, he explains. Michael’s mother, Nora Brick from Tralee, Co. Kerry, had been an active member of Cuman na mBan and she and Éamonn Bulfin married in 1927 in Ireland. Éamonn had returned from Argentina in 1922 and had become involved in the local community through Muintir na Tire and with the Amateur Dramatic Society. Michael discusses his father’s views on the subject of a united Ireland. He examines and describes a family photograph album from the 1940s, and also his father’s passport. He lists the sources he used to form an overview of his father’s activities during the period 1916 to 1923. Michael Bulfin is a member of Aosdana and served as President of the Sculptors Society of Ireland for eight years.