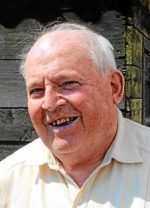 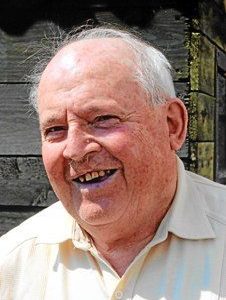 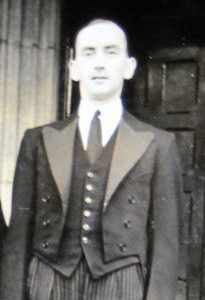 The Ryan family lived at the gatekeepers cottage which was situated opposite the gates of Adare Manor, and Mike Ryan was one of eleven children born to the family. His mother, Margaret Burns from Corcamore, Clarina, Co. Limerick came to Adare village at the age of 16 to work as a housemaid initially for local general practitioner Dr Costello. After her marriage to Jack Ryan, the couple moved to the Gatekeepers Cottage. She was paid five shillings a week and she needed to be constantly available to open and close the gates to Adare Manor. Jack Ryan was the Groundskeeper who maintained the driveways in the demesne which were always beautifully edged and gravelled. His son Mick now recalls the village thatcher, Jack McMahon, who was known as ‘The Gealt’, and his character is described. In the 1960s he thatched the gazebo in the Adare village park. On finishing his schooling, Mick Ryan worked as an apprentice plumber in the Dunraven Arms Hotel. He names the staff members at that time in the late 1940s. He also mentions Mrs Fossett who was a long term guest at the hotel, and the deputy manageress, Miss O’Halloran. Mrs Fossett had a Rolls Royce and a driver, Matt Hayes, at her disposal. Both ladies left the hotel in the early 1950s when Miss O’Hehir took over. Mick explains that when he worked there during the years of World War II, when fuel was scarce, he would bring the unburnt coals from the hotel fires across the road to his mother’s cottage in the evenings. When a shoot was organised at the Manor, Mick would caddie for Commander Valentine Wyndham-Quin, and he describes all aspects of activities during a day’s shooting. He also mentions the fact that the Manor would pay him for his work, and so also would the Commander. He recalls the annual occurrence when he would go to the grounds of the Manor to round up the hares for the Clounanna Coursing meeting. The game of pitch and toss, which was a popular pastime in Adare village in earlier days, is described, and some of the characters and tradesmen in the village are recalled, including Paddy O’Shea the shoemaker, the blacksmiths, Sonny Brennan and his father, the carpenters, the wheelwright, Jimmy Kelly, and the stonemasons. The travelling performers and entertainers who would visit Adare in bygone years are also recalled.