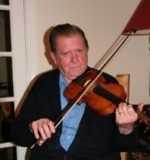 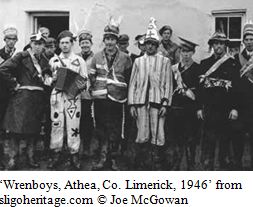 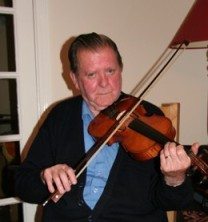 In the second recording, Mick Shannon recalls that he emigrated to England in the 1950s where he spent twenty-five years working as a blacksmith and a musician. He was very well paid as a blacksmith, he remembers, but had to leave the trade due to illness. Mick played the fiddle over all the years in England, performing in competitions and he describes his many experiences. He makes fiddles and he recalls learning the craft from a German man in England. He describes how a fiddle is made, the wood used, the techniques in carving them with the chisel and brushing and sanding the fiddles before applying coats of varnish. Great skill is required, he says. He talks about some fiddle makers in Ireland and notes that his fiddles are played all around the world. This recording concludes as he plays a few wonderful tunes on the fiddle.