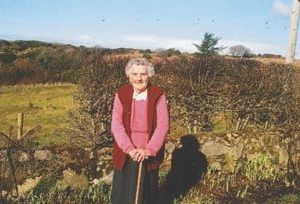 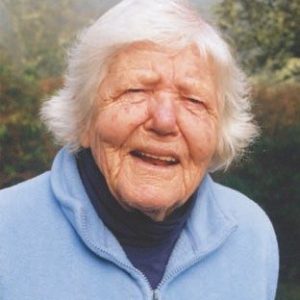 Packie Manus Byrne lives at Drumaghey Park in Ardara. He is a native of Bruckles parish, nine miles from Ardara, and he traces a member of his family back to Corkermore in the parish of Bruckless, where his granduncle Pat Byrne, a wonderful fiddler, owned the land where an old jail once stood. The music came down through both sides of Packie’s family, the Byrnes and the Gallaghers. They were tap dancers, lilters, swingers and fiddlers. He has a clear memory of events in 1922 and as a five year old, joining other lads as they tumbled stacks of turf searching for Republican guns. In 1936, he emigrated to Northamptonshire where he gained employment at the steelworks. He discusses his work there in great detail. He was determined to serve at the outbreak of war in 1939 and having failed to enlist in the British Navy due to his earlier tuberculosis, he was appointed to the British Secret Service where he worked from 1941 to 1945. While in England, he married Mary Thompson who died tragically soon afterwards. Packie’s health began to deteriorate and he spent four years in a sanatorium being treated for tuberculosis. During his convalescence, he began to sing in public and became very successful. Over the following twenty years, he toured the world in the company of Bonnie Saljen, a harp player from Armenia.