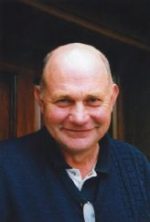 Paddy Murphy was recorded at his local pub at the crossroads. A farm labourer all his working life, he recalls his early days, and the fact that his father came originally from Dungummin (also pronounced ‘Dungimmon’), in Co. Cavan, where Paddy grew up. In his late teens, in 1948, he moved to county Meath where he worked with farmers for many years. He recalls walking cattle to Oldcastle Fair, and describes the transition from the fairs to the marts. Paddy remained single but always loved attending the dances in the local area. Subjects discussed in this recording were the making of mud turf by hand, drawing hay, the travellers on the roads and the jargon of the local farming community.