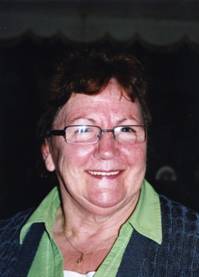 Patrick Lynch was introduced on this recording by Nessa Dunlea, while sitting at his fireside at Kilcullen. His father was in the Army, a motor mechanic stationed at Portabello Barracks in Dublin. He worked on the ‘Sliabh na mBan`, the Rolls Royce car used by Michael Collins, and on an occasion when he was driving Collins around Dublin, they were shot at by the IRA on Mount Street Bridge, but were unharmed; on returning to the barracks, Collins turned to his driver and remarked “we were lucky there Lynch boy.” Patrick Lynch joined the Air Corps at Baldonnell but was discharged because of a health concern. He then joined the Army, and worked as a motor mechanic. He has a clear and vivid recollection of a day during the 1970s when the Northern Ireland Troubles were ablaze, and he was travelling back from Donegal and stopped at the Custume Barracks at Athlone. He was amazed to see thousands of soldiers, armed and at the ready while they waited for a phone call from Dublin with instructions to march to the North. He speaks about his native Kilcullen, the strong tradition of boxing which exists there and his own involvement since 1941. The townspeople of earlier days are discussed, the pastimes and entertainments, the older people and some of the old sayings which he learnt from them, which are now recorded here.