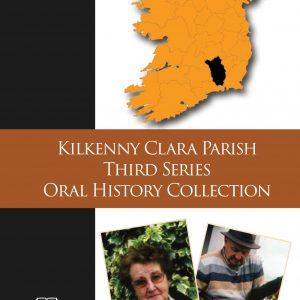 Paul Murphy was recorded at his ancestral home at Smithstown, Maddoxtown in the parish of Clara. His three paternal uncles emigrated to Australia in the early twentieth century and Paul’s father stayed at home to run the farm. Paul recalls that once he left school at 14, having spent the previous five years living with his aunt and uncle following his mother’s early death, he went to work with his father on the farm. His father had a contract for barley supply with Minch Norton in Athy. He discusses the preparation of the lands for the various crops of barley, oats, mangolds and turnips. He has a great recollection of the older craftspeople in the area, including the blacksmith, the harness maker and the saddler. He also clearly recalls the cottages and the family names of the people who occupied them. He discusses the shortcuts through the land, and their use by named local people. Paul’s brother died tragically at the age of 23 so Paul ran the farm from then onwards.