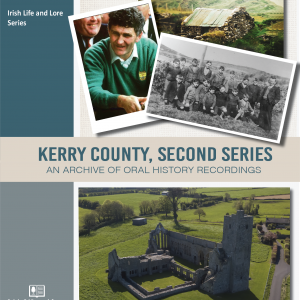 In the first half of this recording, Russell Mc Morran talks about the Dingle naval tradition, the Royal Naval coastguard stations in west Kerry and Marine traditions on the Corca Dhuibhne peninsula. In the second half, Tom Dillon talks about the north Kerry railway line, the Limerick and Kerry railway company, the steam locomotive, the railway line from Ennismore, in north Kerry to LIstowel and Ballyhorgan railway bridge.