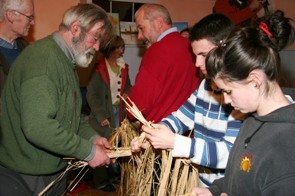 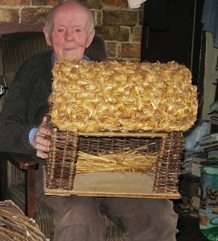 Seamus Moore discusses some superstitions from bygone days in the second recording. He talks about the finding of a famine graveyard in the area and the making of a memorial for it. He explains a besom (a brush made of heather) and its use and he describes how it was made. He discusses the mummers going out before Christmas, the characters they played and he recalls seeing and enjoying them when he was young. While he was involved with the strawboys he became interested in straw hat making which he enjoys and he describes how he made straw hats.