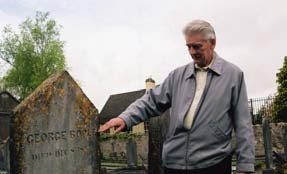 Tadhg Connolly was born in Cork city and he initially recalls his school days at O’Sullivan’s Quay. He trained as a vocational teacher at Bolton Street, Dublin, and in 1951 he began to teach woodwork at the Crawford Institute. He speaks about his various teaching assignments and the new School of Furniture which was set up in 1963, of which he was in charge. It is most interesting to hear Tadhg Connolly discuss the many changes in teaching practice during this time. The educational structure was the responsibility of the Vocational Education Committee, and the Chief Executive Officer and the Principals of the various institutions put this into effect. Tadhg speaks in great detail about the history of vocational schools from the 1930’s onwards, and he also explains how the Vocational Education Act (1930) provided for the education of boys and girls who had left school at the age of 14. In 1967 he was appointed Principal of Scoil Eoin Naofa and in 1972 was assigned as Assistant to the Chief Executive Officer in preparation for the planning and building of the new RTC. He returns to the topic of the School of Furniture, which was housed in St John’s Church along with courses on building technology, which were later to be accommodated at the new RTC development.