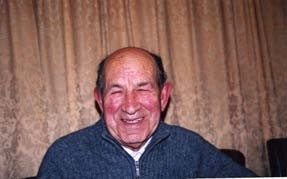 Terry Layton and Christy McCarthy agreed to be recorded at their old place of work. Terry Layton began teaching at the Crawford in 1948, and Christy McCarthy in 1952 and both men taught there until 1974. This was their first visit to the Crawford since they transferred to Bishopstown. The recording begins at the rear entrance, down the corridors and into the classrooms, while discussions take place about the many aspects of the technical college which was housed there in earlier times. Nowadays, the building is occupied by the Crawford College of Art and Design, and many changes have taken place over the years, but these did not affect the clear memories of the former teachers. Passing the Principal’s office, Christy and Terry speak about principals John F. King, Jim Barry, Teddy Murphy and J. P. Roche, who continued his tenure as principal at the RTC. Also recalled were David Daly CEO and Paddy Parfrey CEO. The Library was used as a staff room in earlier days. The Library is now in the ‘Exam Hall’ where ceili dancing would be enjoyed on special occasions. The recording continues at the metal workshop where Christy McCarthy spent much of his time, initially as a student, and processes upstairs to the drawing rooms where Terry Layton taught. Before the recording concluded, many other rooms which had housed various departments in the old establishment were visited and memories recaptured.