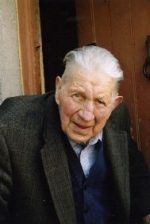 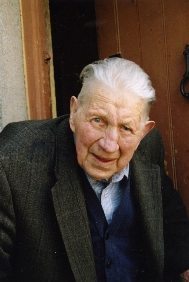 Track 1. Tom Cooke traces his family back to his great-grandfather, Thomas, who leased and farmed 300 acres in Bottomstown, not far from Kilmallock. His grandfather, also Thomas, married Catherine Leahy, who was considered to be below his class, and they eloped to Silvermines in Co. Tipperary, later returning to run the family farm. Track 2. Tom, the only son, trained at the Agricultural College in Warrenstown, Co. Meath, and he explains that he had two family farms, one of which was in Baggotstown. He tells a story of his uncle who emigrated to Australia after the Famine. His own schooldays and the teaching methods used during British rule are recalled, as are his memories of the return of local WWI soldiers. Eamon de Valera’s mother, who came from the neighbouring parish of Bruree, is discussed and his father’s crying out of the news of Michael Collin’s death is recalled. The Council scheme to build houses locally in 1922, the 1932 election of de Valera and the mood of the local people in that year on which the Eucharistic Council was held, are all discussed.
Track 3. The Economic War is remembered, as is General O’Duffy and the setting up of the Broy Harriers. Tom recalls in detail the workers’ strike in 1922 at Bulgaden creamery, Kilmallock. His father was a member of the farmers’ committee and Tom remembers his journey to the meeting with his father in the trap. Details are given about the creamery, the setting up of a milk separator by his father, and the creamery manager Mr Burke is recalled . The creamery was owned jointly by ‘Mr Christmas’ (a nickname) and Mr Lovett. Track 4. He details the history of the local creamery in Gormanstown, Knocklong, and he also discusses the ownership of the land worked by his ancestor.