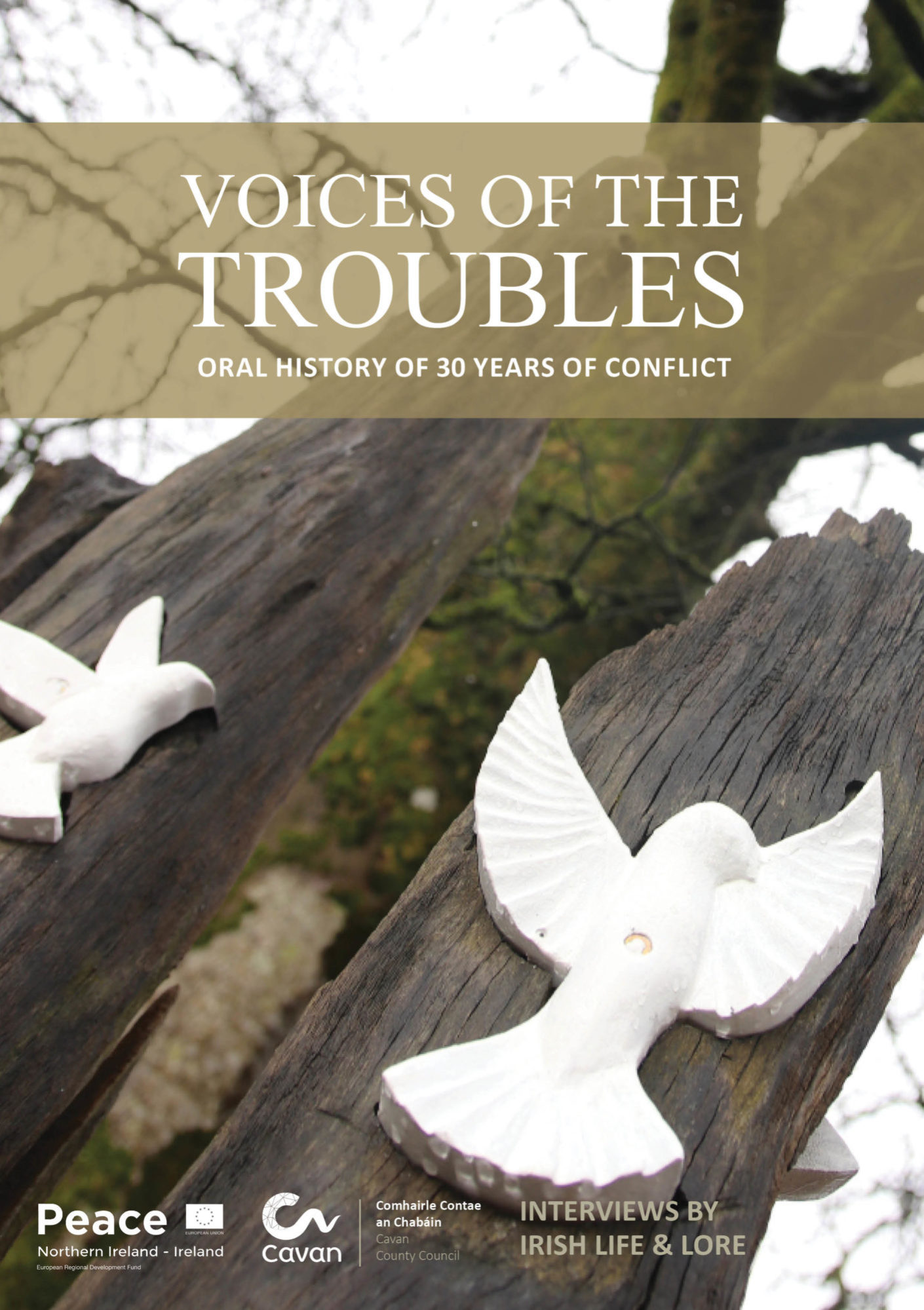 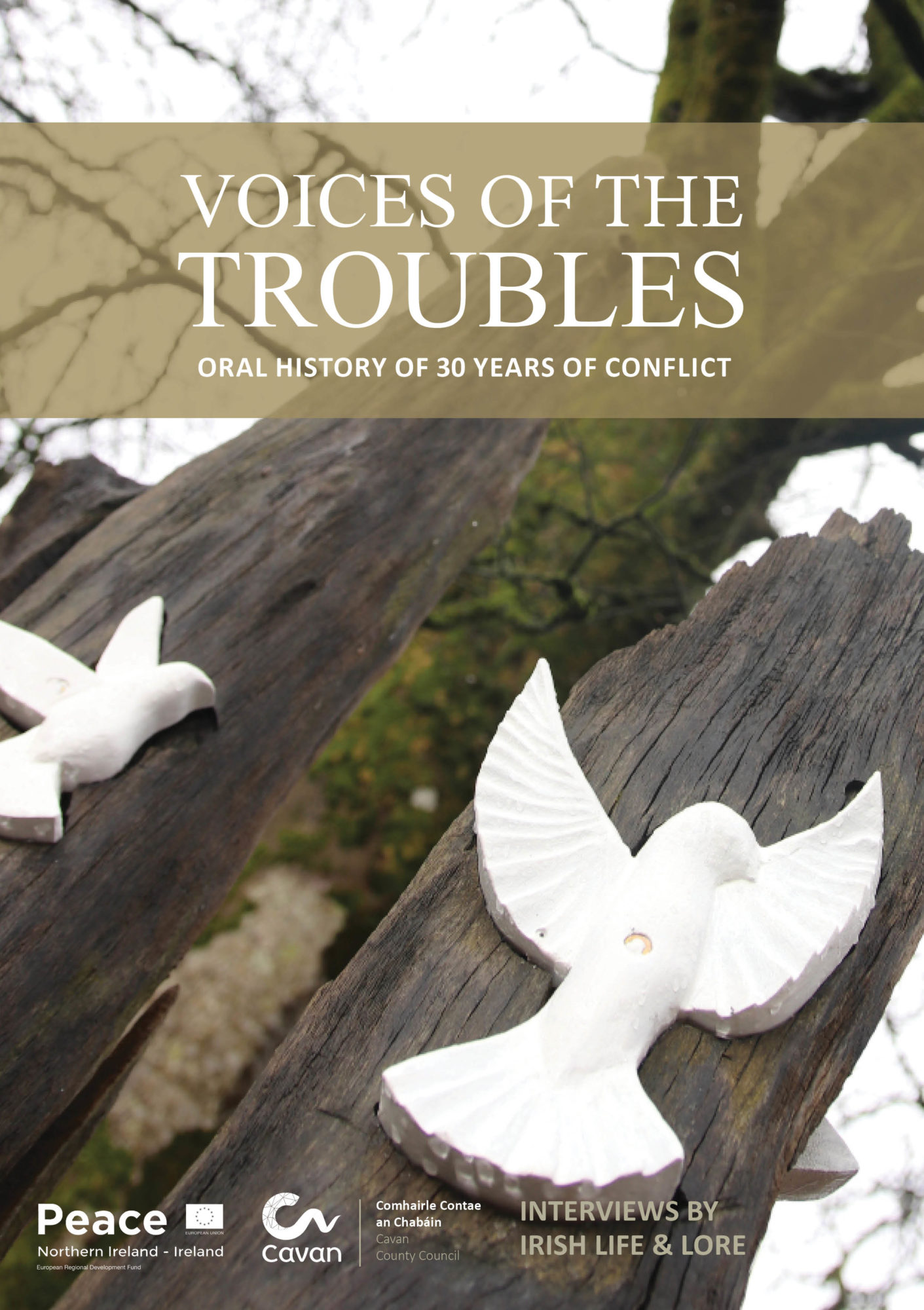 Launched in October 2018, Voices of the Troubles is a unique oral history project sponsored by the EU Special EU Programmes Body Peace IV fund under the objective to build positive relations with people from different backgrounds and communities to support peace and reconciliation.

Due to the history of division in Northern Ireland and the border region some sections of society have not developed the capacity to deal positively with difference, segregation and the legacy of 30 years of conflict. Over 100 people from the border area of Cavan and Fermanagh from all persuasions were interviewed during 2017 and early 2018 to find out how ‘the Troubles’ from 1968 to 1998 affected their lives. The interviews were carried out by Maurice O’Keeffe of Irish Life & Lore www.irishlifeandlore.com

On December 28, 1972 a car bomb exploded in Belturbet, Co Cavan killing Geraldine O’Reilly and her brother Anthony is interviewed. He describes the subsequent impact on his and his parents lives. In Fermanagh, Stephen Gault was close to the Cenotaph in Enniskillen with his father Samuel on Remembrance Day, 8 November 1987 when a bomb exploded. Samuel was killed along with 11 others. Stephen is glad of the opportunity to tell his story as his mother has since died. These are two examples of interviews undertaken.

All interviews were handled in a sensitive manner allowing participants the opportunity to discuss their feelings and emotions in many instances for the first time. One person interviewed said that ‘Many people have spoken on our behalf, now we can speak for ourselves’.

The 85 interviews create an audio archive which chronicles the lives of a border community during the turbulent years 1968-1998.The archive will allow the public gain a direct understanding of the period. The interviews will be available to the public through Cavan County Library service. Details to follow.