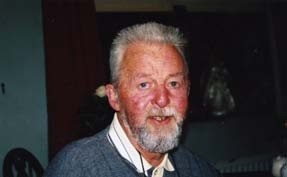 Bernard Casey (b. 1935), former lecturer in the School of Music

Bernard Casey spent 55 years in the School of Music, initially as a student and subsequently as a teacher. He witnessed many changes in the buildings, the staff, the teaching methods and in the types of musical instruments taught. In this recording, he recalls how his own interest in and love of music was initiated. He learned the clarinet as a student in the School of Music and he describes the pre-1950s old building, and later the move to the new building in Union Quay. There he studied for a diploma in music, while working in his own family business in the city. He recalls the one-day-a-week school in Wellington Road, while building Union Quay, and also the fact that if you wanted to learn to read music you needed to attend the School of Music or by joining the many bands, such as the Barrack Street Band, and the Butter Exchange Band. Frank Treacy was the teacher in the 1950s, and taught night classes there. Bernard recalls the directors of the School of Music down through the years, Bernard Curtis, Bridget Doolan, John Murphy and Geoffrey Spratt, and the great innovations they brought to the School. The rules, regulations and conditions at the school over the years were recalled and also the amalgamation with the RTC.