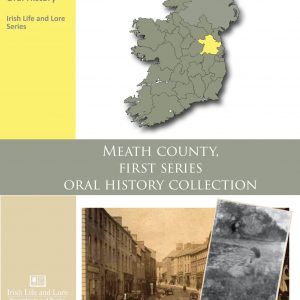 In 1963 Bob Dier began his long career at Navan Carpets, a career which ended in 2004. He recalls the Navan Carpets premises as it was in his early career, the staff and the management. Life began for him in Wexford in a farming background and he recalls working at Goodbody’s Jute Factory in Clara, Co. Offaly. After four years he moved to Navan Carpets. For a short time, he was sent to learn his trade in Scotland. He discusses the history of Navan Carpets, and the wool factory at Celbridge. He also discusses the production of carpets, their patterns and designs. The changes within management and the takeover by Youghal Carpets are recalled, as is its effect on the local workers. He remembers fondly the social scene at Navan Carpets which had its own amateur dramatic society and football team, and he describes in detail the great disappointment at the closure of the factory.