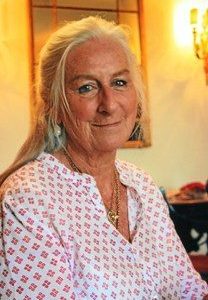 Caroline, Marchioness of Waterford and Lady Melissa Brooke recall and describe happy holidays spent at the family property at Derrynane in South Kerry. The sisters also recall an unforgettable occasion when their grand-uncle, Captain Valentine Wyndham-Quin, brought his Royal Navy vessel into Derrynane Bay during World War II, and the confusion this created amongst the local people. Lady Caroline married the 8th Marquess of Waterford at Adare in 1957, and Adare was also the location of the marriage of Lady Melissa to Major Sir George Brooke in 1959. Photographs of the wedding parties at the Manor are discussed and described. The wedding in 1945 of their cousin, Miss Mollie Wyndham-Quin, to The Hon Robert Cecil, the future Viscount Cranborne and subsequently 6th Marquess of Salisbury at Westminster Abbey, is recalled, and mention is made of the curtain fabric from Adare Manor which was utilised in the making of the bridal dresses for the occasion. The Limerick Show in former years is discussed, as is the input of their mother, Nancy Countess of Dunraven, in the instigation of the Flower Show. Garinish Island in Kenmare Bay, where Windham Wyndham-Quin, 5th Earl Dunraven would spend his summers, holds very fond memories for the sisters. This was a place where many exotic plants flourished. These had been brought back to Kerry following the Wyndham-Quin family’s world tours. Caroline’s husband, Tyrone Waterford, was a relative of the Lansdowne family who owned Derreen House in Lauragh near Kenmare in Co. Kerry, and she remembers her visits to the Lansdowne family there with great fondness. Curraghmore House in Co. Waterford became home to Caroline, Marchioness of Waterford following her marriage to The Marquess of Waterford at the age of 20 in 1957. She outlines the reasons why the house did not suffer the same sad fate as did many of the Big Houses in Ireland which were burnt during the War of Independence in Ireland (1919-1921). Lady Melissa explains why Adare Manor also escaped unscathed at this time. Both sisters describe the period in their lives when their father rented a house in London and they were presented at Court at Queen Charlotte’s Ball in Petworth House in Sussex. An interesting story told to the sisters by their father in relation to “coming out” at Dublin Castle in earlier days is told. In conclusion, the family legacy and the entail are discussed in detail.