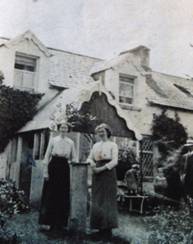 Track 1: The old Talbot family home, Churchill House, on the Headley estate is recalled by Charles Talbot. Track 2: Charles Talbot’s father, Meredith (Merry) Talbot, and his father and their arrival from Glenbeigh are discussed. Track 3: The local rectory, part of the Headley estate at Aghadoe, Killarney, was leased by Charles Talbot’s grandfather in the 1800s. Track 4: The huge financial challenges faced by the families of the big houses, following the visits of Queen Victoria to Killarney are discussed by Charles Talbot. Track 5: Meredith Talbot, Charles Talbot’s father, along with his two siblings, left Killarney for New Zealand in 1911, returning in 1928. Track 6: Meredith Talbot’s hard work in re-establishing the farm at Aghadoe. The responsibility then fell on Charles who was aged 18 when his father died. Track 7: The big house of the Headleys, and its rebuilding following its burning in 1922. It later became a Hilliard house. Track 8: The animosity and subsequent destructive actions taken by Republican against the Talbot family in the 1920s is recalled by Charles Talbot. Track 9: The house built locally by Anthony McGillycuddy of Flesk Castle, and later bought by the Leibherr family is discussed.