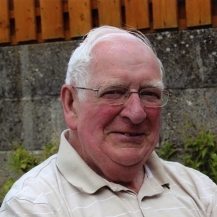 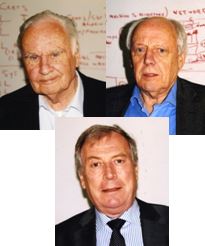 Track 1: Deirdre Dowling began work at Clondalkin Paper Mills around 1963 and she remained there until 1968 when she married. She is a native of Clondalkin, she and her twin sister being the youngest of ten children. Her father was a locomotive driver on the goods trains for CIÉ and he began his days’s work from Broadstone station, having cycled from home to work. Deirdre remembers a happy childhood in the countryside and she explains that the development of the area began when she was a teenager. Her sister and neighbours were already working in the mills when Deirdre started there when she was about 16. Her first job was in quality control of the reams of flat paper under the supervisor, May Nolan, whom Deirdre remembers fondly. She explains that there was a productivity bonus for checking and correctly counting about 100 reams (each being 500 sheets) a day. Track 2: The different types of papers produced by the mills are recalled, including flat and rolls. The various supervisors, including ex-army man Mr Nolan, and relations with the management are remembered and Deirdre explains that many of the young people socialised together. The majority of the men worked ‘on the floor’ where the heavy machinery was located, and Deirdre’s work area was at the top of the building where she and her colleagues stood all day at long benches, sorting through the reams of paper. The work was repetitive and the company of the other girls was important in terms of relieving the boredom. The working conditions are described and she explains how the paper would have been affected by the presence of excessive heat. If extra orders had to be fulfilled she often worked 12 hour days, working also on Saturday mornings, and she explains that she was glad to receive the extra money and that everyone learned to become a good worker in order to get the bonus in addition to the basic pay. She recalls the good times at the company. Track 3: Under the system which prevailed in Ireland, Deirdre automatically lost her job on her marriage in 1968, and she says that none of the women wanted to give up their work and would have preferred to stay. She explains that many got work in shops before the children arrived, as she herself did, working in Greta and Kevin Carroll’s sweetshop on Monastery Road for a while. She remembers the small jam factory on the New Road, the dancehall and cinema in the village, and the dances in the camp in Baldonnell. Deirdre says that it was a sad time in Clondalkin when the mills closed and there was a lot of anger in the area. The hunger strike which took place at the time is recalled. Her husband Matt was a hotel chef and, with two children, she had to stay at home to look after them. The changes that have taken place since the mills have been demolished are considered. She recalls the cuts on her hands from handling the paper and she remarks on how sensitive one’s fingertips would become to the texture of different quality papers.