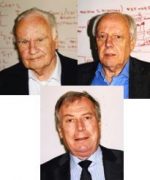 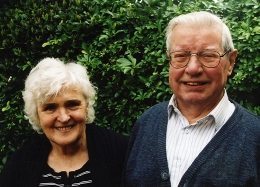 Track 1: The Tannam name is of English origin and the family arrived in Ireland in the late seventeenth century. Des Tannam’s father was from Drumcondra. Des recalls the effects of tuberculosis on his father and explains that following his death, the family went to live with his mother’s family, the Colleys. Des went on to graduate from UCD and he later qualified as an accountant. He was articled with the firm of F. R. O’Connor in Dublin, the auditors to Clondalkin Paper Mills. He joined the mills as accountant in December 1953, and he recalls the formal authoritarian atmosphere which prevailed there at that time. However, he says that the managing director, Bert Cusack, was in favour of innovative improvements, and Des investigated computing as a way of assisting and enhancing the accounting work. He was then working with Peter Sherry, who had a PhD in Science from UCD, and with Gerry Crawford who was Secretary. After six months, Des was transferred to manage the Drimnagh Paper Mills, later returning to Clondalkin as financial controller. He recalls work colleagues such as the late Eddie Scott, Derek Breen, Hugh O’Sullivan, Imelda Kelleher who had been in Drimnagh, and Geraldine Breen. Derek Breen, a native of Drimnagh, recalls working in Swiftbrook Paper Mills after finishing his Leaving Certificate, and applying for a job in Clondalkin as a clerk in the early 1960s. He discusses the introduction of the computer at the mills. Des talks about ICL, an English computer company with an office on Adelaide Road in Dublin. This company had a computer installation at Fords in Dagenham and Des, who had been interested in computers since the mid-fifties, recalls the visit he made there to see the computer. He discusses the history of computing since World War II, naming brands such as IBM and Honeywell. In 1966, ICL installed a computer, an ICL 1300, at Clondalkin, as well as others in Gouldings Fertiliser and the sugar company at Mallow. Des remembers how computer programs would be written by the programmers, Derek, Eddie and Hugh, and Derek explains this process, the use of punchcards and the special room which housed the computer. Track 2: Des remembers the arrival of the computer at Clondalkin. He explains that the payroll would take 3-4 days to do manually, but the task was completed in half a day using the computer. Drimnagh Paper Mills at the time of its takeover by Clondalkin is recalled, and Des discusses the history of Clondalkin Paper Mills, particularly the restarting of the business in the 1930s and the production of wood pulp in the 1960s. The work of the computer in carrying out accounting functions is described. With the takeover of Bailey Gibson and Guys in Cork, this service was provided to these companies, then called a ‘bureau’ service. At one time, ten or more people worked in the department, including several punchcard operators. Derek, Eddie and Hugh wrote the software programs in the COBOL language. Track 3: With the growth of the service, an extension was built for the computer in the late 1960s, Des recalls. Derek talks about the Cara bureau service set up by Aer Lingus and Smurfit Computing which provided bureau services to other businesses. It was Des’s idea to set up a bureau service named MCS, which he, Derek, Eddie and Hugh initially ran on Ballymount Road from the early 1970s. He explains that with the entry of the country into the EEC, tariffs were no longer allowed and this affected the paper mills. He speaks about the risk he and his colleagues took in setting up their own business, and remarks that Dr Cusack was less than pleased with their departure from the paper mills. Hugh O’Sullivan joined Clondalkin in 1967 as a computer operator and later did a course in programming in England. Derek remarks that he studied for a diploma on the first one-year computing course in Ireland at Trinity College, Dublin. This later evolved into a four-year degree course attended by Hugh O’Sullivan from 1982 to 1985. Track 4: The first computer they used was an ICL 2903 which cost about £20,000. This model was a big advance on the ICL 1300 and improved the level of service that they could provide to their clients. Their first client was the Irish Farmers’ Journal which is still with the company today. Derek explains that the setup replicated what they had previously set up at the paper mills. Until the advent of the internet and email, it was batch processing. When technology changed, MCS moved to providing customised software for companies. Some of their clients were Kerry Group, Avonmore and the Cork Harbour Commissioners. The common denominator was that clients at the time had ICL hardware, and when ICL withdrew from the Irish market the bureau benefited. Des recalls the first time he read about computers in 1954 and how the concept struck him as a fantastic opportunity. Both Des and Derek remark that accountancy seemed less exciting that computing, though it was a great leap of faith to leave the traditional field behind. Hugh recalls seeing advertisements for programmers in newspapers, his first introduction to computing. The lack of state grants at the time is remarked upon. Des remembers driving around the country selling their business, and says that his qualification as an accountant was an advantage when talking to others in the same profession. Derek talks about the changes that took place with the advent of the internet, rendering obsolete the necessity of visiting a client’s business.