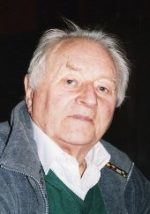 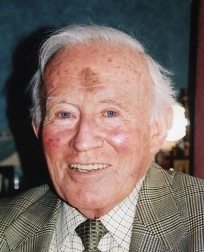 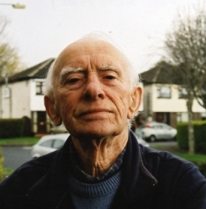 Track 1: Neville Wiltshire worked at Clondalkin Paper Mills from about October 1974 until 1978. Previously, he had worked at W. And R. Jacob and Company. His career had originally been in personnel and training at Jacobs, and had moved into production. However, he wished to return to working in personnel and he started at the paper mills as a training manager. He says that his first impression of the paper mills was that the making of paper was not so different from the making of biscuits, though with different ingredients! Papermaking was a manufacturing process, albeit noisier and smellier, and his office was above the machinery. Levies were paid by businesses, and if training was undertaken by the employees, the levy was returned in the form of grants. His job was to draw up the training plan, but he discovered that training at the mills was negotiable, due to an error made by the training authority and the highly organised nature of the unions. Neville recalls the various unions: a print union, the ITGWU and the Workers’ Union of Ireland. He describes his drawing up of the first training plan, and the grant. The supervisors and salesmen received training which was quite beneficial to the people involved. The Managing Director at the time was Dr Cusack who lived locally and who had set up the paper mills in the 1930s when the emphasis was on self-sufficiency. Neville refers to the unusual clause in the Memorandum and Articles of Association of the company, which relates to the requirement to provide employment in the Clondalkin area. He explains that after about two years at the company, a nine-week strike occurred at the paper mills. He was not involved in negotiations although, because of his training and qualifications, his advice was sought and used. The circumstances of the strike and the report on it are described. The personnel manager was the late Jim Kelly, also an engineer, who relinquished the personnel position after the report and Neville took up the post. In his opinion mistakes were made, with money being thrown at problems with a resultant loss of control. The various companies in the Clondalkin Group included the adjacent plastic bag factory, the printers Bailey Gibson, Cahills, the Dublin Print Company and Guy and Company in Cork, as well as a paper wholesalers. The Group had vertically integrated, owning ponds in Wicklow which supplied water and a factory that pulped the logs producing the raw material. Neville discusses the three groups within the walls of the paper mills, people who had variously come from Drimnagh, Saggart and Clondalkin.
Track 2: The resistance to change which was evident across Ireland at the time is mentioned, for example, the resistance to the introduction of computers in banks. Quality control and electronic measurement was being introduced, which would reduce waste, but this was resisted. There was certainly a learning curve to be negotiated in relation to new technology and also, traditional practices were being threatened. Skill was moving from the machine operatives to the laboratories. Neville remembers that the big purchasers of newsprint were the Irish Independent, Irish Press and the Cork Examiner. Smurfits produced board whereas Clondalkin made paper for print. The plant took in trees from Irish Forestry and produced pulp (leaving the bark unused at the time) and there was little recycling of used paper. He explains that by this time the paper mills was not in a good location and about 1,200 people were working there, which accounted for great employment in Clondalkin village, not at that time a dormitory suburb of Dublin. In Neville’s opinion, matters disimproved at the paper mills as the market in Ireland was not sufficient and imports began after 1973. He had left the business before the closure came, and he recalls that at one stage there was a management takeover but he does not know the reasoning behind this. Whatever the case, the paper mills was no longer viable. He discusses the fact that he learned from his experience at the paper mills that manufacturing industry in Ireland cannot depend solely on the internal market.