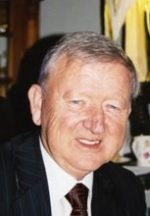 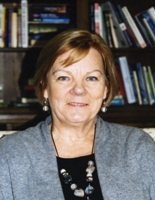 Track 1: Donal Grady describes his childhood with his eight siblings at Lewis Road, Killarney. His father, John, was a harness maker, a trade popular in the town in those days. He was a staunch republican and a member of Sinn Féin. Donal recalls his own education in Killarney, and he mentions Joe Tracey as being a brilliant metalwork teacher at the Technical School. Track 2: Donal Grady began his working life at Liebherr in 1963, where he remained until 1971. He discusses his introduction to the Council where his father had also served, and he recalls his time canvassing for both his father and his brother. His time with the Fire Service in Killarney and his promotion to Station Officer is also recalled. Track 3: His role as a Councillor and his involvement in the creation of the Woodlawn Cross traffic lights are discussed. The improvements to the water system in Killarney are also described, as is the infrastructure around the town and the partial pedestrianisation of the main street. The tensions which may sometimes arise in decision making between the Town Council and Kerry County Council are also mentioned. Track 4: The qualifications required for council housing and the less than ideal planning of council estates in the past are discussed. The work of the Drugs Liaison Committee, founded by Donal Grady and his brother Seán in 1999, is described. The benefits of membership of the Council in relation to a prospective career in politics are set out. Track 5: The sometimes very demanding work on the ground undertaken by Councillors in helping the local community is described. Funding from central government, and its dispersal, are also discussed.