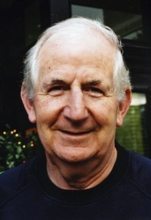 Track 1: Cathal Walshe discusses his Galway origins and the family tradition of service in the Garda Siochána. He also describes his own career in the force. His work as a Garda in Killarney and his involvement in the local community at this time is recalled. Track 2: A description is provided of his work in the organisation and promotion of the Ring of Kerry charity cycle over the past thirty years, and his work in the Council on the improvement of walkways and cycle lanes in Killarney is described. Track 3: His admiration of the great interaction between the people of Killarney and the tourists to the town is explained, and his own calming influence during the discussion of controversial matters at Council meetings is also described. His instigation of the popular table quiz as a fundraising method in 1985 is recalled and Cathal Walshe describes his feelings on the changes which will be brought about when the new Municipal Council is in place.