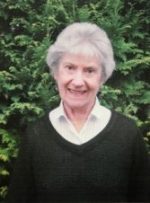 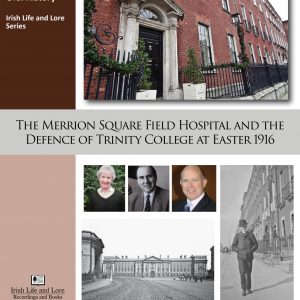 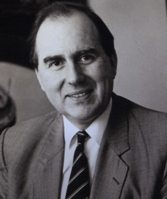 Dorothy Dunlop begins the recording by recalling her parents and her early life in Ballybrack in Dublin. Her mother was Molly Woods of Merrion Square and her father was Professor Gilbert Waterhouse, an academic at Trinity College Dublin. Dorothy discusses her father’s personal and academic background, and the role he played at Trinity College during the Easter Rising. As a member of the Officer Training Corps it fell to him to help to defend the college. Later, due to his knowledge of the German language, he was retained by the War Office during the Great War and in the period thereafter. He was commissioned into the Royal Naval Volunteer Reserve in December 1919. On his return to Dublin, he was introduced to Molly Woods who was at that time a language student at Cambridge. The couple married in around 1920. Dorothy recalls her mother’s two youngest brothers who were pupils at Shrewsbury School in England in 1916. During the Easter vacation they and their sister Molly were at home in Dublin. As the events of the Rising unfolded, Molly kept a written account of her experiences which she then sent in a letter to her older brother Thornley who was fighting with the British Army in France. Next door to their home at 39 Merrion Square, the building from which her father, Sir Robert Woods, ran his medical practice, a field hospital was hurriedly set up as casualties mounted. Molly’s two brothers became involved in stretcher bearing and Molly ran errands to Sir Patrick Dun’s Hospital for medical and other supplies. She was later awarded a medal by St. John’s Ambulance for her services. A discussion ensues on the casualties treated at the field hospital, and Dorothy mentions the fact that most of those were injured by snipers. Also treated were some civilian casualties. The women of Merrion Square, including Molly’s mother, Lady Woods, washed the linen at the field hospital and were given permission by the British Army to dry the sheets in the square, though only during daylight hours.
The prevailing attitude towards the rebels is discussed, and Dorothy explains that her mother Molly considered that the rule of combat was kept and they did not fire indiscriminately. The looting which occurred was mainly done by ordinary civilians. Dorothy’s father, Professor Waterhouse, helped to prevent the rebel forces from going up Grafton Street, thus preventing the looting and arson of the business premises on the street. He and the others at Trinity College were later presented with swords by the grateful shopkeepers. Professor Waterhouse wrote a report about the role he played in the defence of Trinity College. His daughter emphasises the importance of the fact that the gates of the college were closed in time to prevent incursion by the rebels. The college also became a refuge for British troops who managed to make it to the back gate. Some photographs taken at that time are examined, one of which shows horses being cared for in the grounds of the college. Dorothy describes an occasion when her father was called down from his position on the roof to conduct oral examinations with some students. An elderly professor who was armed is recalled. Dorothy remembers her mother speaking about her fear of the snipers. Her younger brother, Jack Woods, wrote an article in his school magazine The Salopian when he returned to Shrewsbury School in England after the Rising. Dorothy now reads from this article. Jack Woods included some graphic descriptions of injuries and deaths he witnessed during Easter Week. Dorothy speaks about her two grand-uncles and her uncle, all of whom served with the British Army in France during the Great War. She is editing their correspondence as she considers now to be an appropriate time to make them public. Her grand-uncle, Rowan Shaw, was killed in February 1916. Her mother’s brother, Thornley Woods, died in November 1916. Major Billy Shaw was killed in 1917. Dorothy explains that she was always conscience of the sadness which hung over her grandmother’s life. It is clear from their letters that Thornley Woods and his sister Molly were very close. The Waterhouse family home in Ballybrack village is discussed, and Dorothy explains that once the family homes in Merrion Square and Ballybrack were sold, her connection to Dublin came to an end. She remembers her father’s attitude to life in Dublin after 1920, explaining that though he was happy in Trinity College, he felt that the atmosphere in the city was unpleasant for his family. When he was offered the Chair at Queen’s University Belfast, he was pleased to accept it and the family, including three year old Dorothy and her two older sisters, moved there. Her mother Molly was initially homesick for Dublin, though as the wife of an academic, life was sociable and she had her own friends. Dorothy considers Northern Ireland as her home. Her grandmother, Margaret Woods, edited a book of essays entitled Occasional Papers by her own father, Judge James Johnston Shaw. This includes a history she compiled on the Shaw family. She provides details of the career of Judge Shaw. Dorothy’s grandfather, physician Sir Robert Woods of Merrion Square, was also a politician, and Dorothy recalls her own political career as a member of the Ulster Unionist party in the 1970s and 1980s. She was ejected by the party but retained her interest in electoral politics into the 1990s. She discusses the present situation in Northern Ireland.