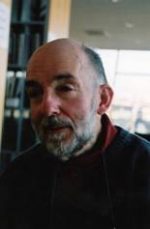 Douglas Gunn traces his family history, and is proud to reveal that his great-grandfather was a bottlemaker in Cork city. Douglas grew up in Dublin, and was a choirboy in St Patrick’s Cathedral. In 1957 he trained as a sound operator and in 1961 he was appointed to RTÉ, as a sound and balance control officer. The following year he was appointed to RTÉ in Cork where he was in charge of sound until 1969. The studios were attached to the old School of Music. He also worked as a script writer for the RTÉ Guide in the early days and he formed the Douglas Gunn Ensemble with which he played the recorders. He compiled many recordings for RTÉ in the City Hall with the Cork Symphony Orchestra and worked closely with Aloys Fleischmann.