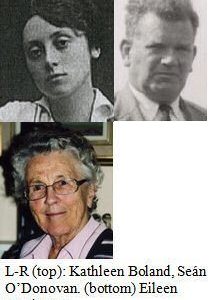 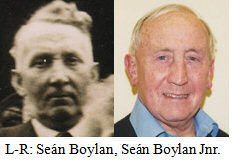 Track 1: Edward Brennan outlines the British Army ranks of the three Dublin Brennan brothers in 1916, and explains that his father, Edward Brennan, served with the Irish Guards, and fought in France in 1915 to 1918. His uncle, Francis Brennan, served with the Royal Dublin Fusiliers and another uncle, Eugene Brennan, was in the Royal Irish Rifles, serving in France in 1914 and 1915. The Brennan family background in Usher’s Island in Dublin is explained. Track 2: Eighteen-year old Francis Brennan, who was stationed in Dublin during the 1916 Rising with the Royal Dublin Fusiliers, was fatally wounded in Ellis Quay by the Irish Volunteers under Seán Heuston in the Mendicity Institution, and this is discussed by Edward Brennan, whose grandfather, Charles Brennan, was employed on the railways. Track 3: The interviewee’s aunt, Elizabeth Brennan, witnessed the British forces leaving Dublin in 1921, and she was recorded by her grandson. Edward Brennan discusses this recording. An excerpt from the recording is played, and the complete recording forms part of the Irish Life and Lore 1916 Rising Oral History collection. Track 4: Contains an explanation of the strong reaction of a family who had shared a tenement in Chapelizod with the Brennan family, when the latter family were rehoused in 1938. Edward Brennan’s uncle, Eugene Brennan, who served with the Royal Irish Rifles in WWI, was present at Christmas in 1914 when the British and the German troops ceased fire for the duration in a well-documented event in history. A short time later, Eugene Brennan was killed in France. Track 5: The interviewee explains that it was not until after his father’s death that he discovered that his uncle, Francis Brennan, was killed during the Rising. Tracks 6-7: Edward Brennan explains that his mother, Mary Marshall, was orphaned as a child and was placed in the South Dublin Union, from where she was later boarded out. Brennan family memorabilia is displayed and discussed.