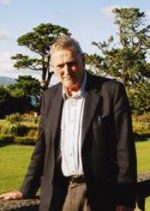 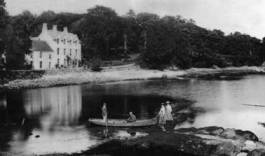 Track 1: Egerton Shelswell White provides a brief history of the White family, and their travels since the 19th century. Track 2: The purchase of the house from the Hutchins family by the Whites, who came from Whiddy, and the laying out of the gardens is explained. Track 3: The lands owned by the White family during the 19th century. Track 4: Egerton Shelswell White explains details of his earliest memories, including the billeting in the house by the army during the Emergency. Track 5: Egerton recalls the character and personality of his grandmother. He also recalls his mother and the reasons why the family title was dropped. Track 6: His life from 1965-1979 in America is discussed by Egerton Shelswell White. Track 7: His return to Bantry House and the challenges he faced in running the house, which was open to the public. Track 8: The Civil War years are discussed and Egerton explains that Bantry House was billeted by the Free State Army for use as a hospital. Track 9: The threats made against his father Jeffrey in 1949, and the insecurity felt by the whole family as a result. Track 10: The turbulent and tragic years for his family during the 1960s are recalled by Egerton Shelwell White. Track 11: The opening of Bantry House for music festivals is discussed. Track 12: Egerton Shelswell White describes his real sense of place, and the integration of the family into the locality.