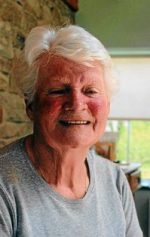 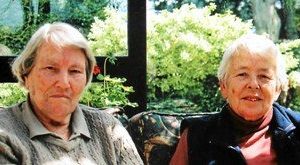 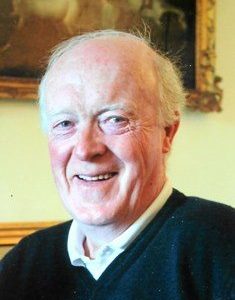 The Queen Victoria Jubilee Institute for Nurses was chartered in 1889 to provide nursing care for people in their own homes. It was established by private subscription to celebrate the Queen’s Golden Jubilee in 1887, and the title of the local incumbent in Ireland was invariably abbreviated to “Jubilee Nurse”. A key principle of the scheme was the voluntary local committee. This was generally led by the local gentry families and was known as the District Health Association, which provided community support for the nurse at a time of little or no official government funding. Eileen Murphy left Ireland in 1959 to train as a nurse at the Central Middlesex Hospital in England, where she gained first-hand experience in general nursing and midwifery, with special interest in the treatment of tuberculosis. She grew up in Murphy’s Cross in Graigue, Adare, and had worked initially as a bookkeeper for the Land Agent at Adare Manor. When she decided on nursing as a profession, she was provided with a reference by Nancy, Countess of Dunraven. She took up her role as a Jubilee Nurse in Adare in 1962 and was supported by the Countess. She was provided with her own home in the village, and she worked closely with Dr Costello, the local general practitioner. She describes her uniform in those days which consisted of a blue dress and apron, a long blue trench-coat and a navy cap with badge. She also recalls the accoutrements she carried in her nurse’s bag. While on duty she travelled by bicycle (left) before she got her Morris Minor car. She recalls the illnesses which she treated in the locality, included dyptheria, mumps and tuberculosis. She describes the great trust invested in her by the local people, and their fundraising for the work of the Jubilee Nurse through dances in the village hall. The great transition which came about when the Southern Health Board was established is also recalled. She recalls an important day in her young life when she was requested to visit Adare Manor to meet Commander of the British Fleet in the Atlantic, Valentine Wyndham-Quin. He was unwell and confined to bed, and he needed to dictate, and have typed up, a speech to be delivered at the launch of a lifeboat in Ballycotton in Co. Cork. His subsequent praise for Eileen’s office skills is clearly remembered. She also recalls the day of her retirement from nursing and her later job in administration at the Daughters of Charity Nursing Home in Lisnagry, where she remained for eighteen years. At the age of 65, she began work as a practice nurse in Limerick city. Returning in memory to earlier days in Adare, she mentions some of the members of the local Church of Ireland, and in particular Mrs Miller who provided her with great assistance as a young nurse. She explains that other members of her family worked at Adare Manor, including her grandfather, Daniel Hickey, who later went to work for the Mount Bellew estate in Co. Louth before joining up at the outbreak of the Great War. He returned from war in a shell-shocked state and was to die not long afterwards in a Rest Home for ill war veterans in the South of England. His son Daniel also worked at Adare Manor as a footman.