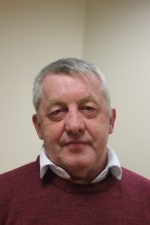 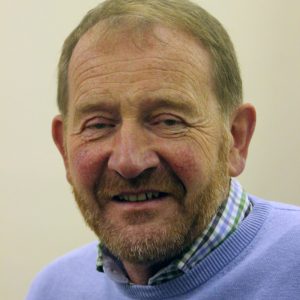 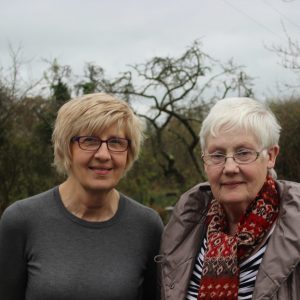 At the outbreak of the Troubles, the Clarke family relocated from Belfast to England, though Ernie Clarke was brought up by his grandparents in Mullyknock, between Tempo and Enniskillen. In 1975 he married Phyllis Kirkpatrick from Fivemiletown, where they settled. He explains that the local UDR officer requested that he join as a clerical officer in Omagh, so he began to commute from his home to Omagh each day. He describes his work and his contact with new recruits from 1978 until 1992, and he recalls the victims of the Troubles whom he had befriended in his workplace. On 14 July 1984, Heather Kerrigan was part of an eight-strong UDR patrol in an area near Castlederg when a car bomb was detonated, inflicting severe injuries from which she later died. On 25 November 1975, Ernie’s uncle, Reserve Constable Sam Clarke, was shot by the IRA, as was Sergeant Patrick Maxwell, at Clonavaddy near Pomeroy. Ernie recalls the anguish of travelling with his grandfather, John Clarke, to the mortuary in Dungannon to identify his uncle’s remains, a man who had been, he says, “like a brother”. He describes regular occasions when his car was followed, and he understood that his movements were being monitored in order to set him up for a killing; he is adamant that despite repeated requests for assistance from the regiment, nothing was done. He also recalls the therapeutic work undertaken by a good Catholic friend and military colleague, Martin McAuley. From the viewpoint of his seniority in the UDR in Omagh, Ernie says that it was a terrible place to work and that it would test the resolve of any person who worked there at that time.