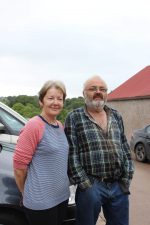 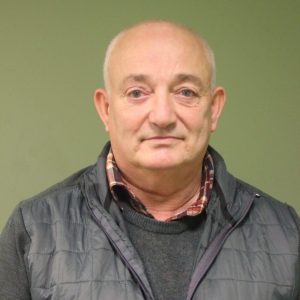 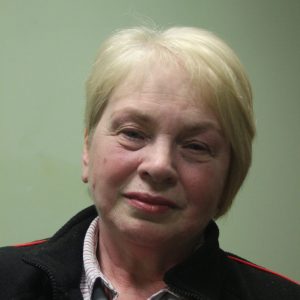 Esmond Jameson (b.1957) and Alberta Jameson

Esmond Jameson describes his family background, explaining that his father was reared on a farm in Florence Court in Co. Fermanagh. Esmond’s mother was one of three girls whose family farmed in Bawnboy in Co. Cavan. Due to intimidation, this family was forced to sell the farm and relocate to Trillick. On 17 January 1974, Esmond’s brother, off duty UDR officer Robert Jameson, was shot and killed while returning home from work. Recalling that day, Esmond recounts 21-year-old Robert’s role as a mechanic at the Ulsterbus Garage depot in Omagh. He recalls that it was his mother who broke the terrible news to him and his father as they worked in the fields at their home. He also discusses his grandparents’ forced relocation to Trillick in the 1950s from their home on the Cavan Fermanagh border. Esmond’s father died at a young age, and he pays tribute to his mother and her strength of character, as she worked tirelessly for her family and for the benefit of the divided community.

Alberta Jameson (née Reid) is originally from Castlederg. She describes the traumatic occasion when, in January 1986, a bomb exploded beneath the car carrying her niece Lorraine and her boyfriend, Victor Foster, who lost his life. She states that six of her student colleagues in High School Castlederg were killed during the years of the Troubles.